The Indian Railways has been facing a persistent problem of having train delays in foggy weather. This problem has been affecting the overall schedule of a train and impacting the speed of other trains because of unnecessary halts and slow speeds during unclear weather.

To ensure smooth transit of trains during the foggy weather, the client needed an intelligent device termed as FogPass (Fog Pilot Assistance System for Safety) built on GPS/GNSS technology. The client is known for its significant advancements made in the installation base of LED lighting units that include Intelligent Signals used in Railways. The device would consist of a Control Card and System on Module (SOM). 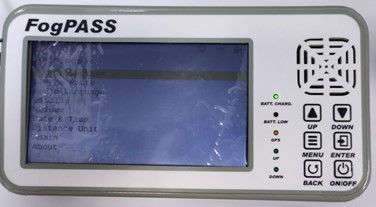 With its excellence in Embedded Hardware and Software Design & Development, KritiKal Solutions built an electrical schematic for Fog Pass based on selected technology & hardware components. Post validation on the architecture of the device from the client, we designed a Control Card around the SOM (Toradex Colibri iMX6). The system we built delivers high performance with minimum power consumption.

For the prototype stage, our hardware specialists worked towards making a GPS/GNSS receiver hardware and storage for route map data. It consisted of all the landmarks identified by the user with their short description and location.

The next step was to develop the production-ready prototype that comprises hardware and software with all the functional capabilities. Along with the challenges in getting the right coordinates of the markers, our team worked persistently to detect the locations of the approaching markers. The finished prototype worked perfectly in detecting its location correctly when placed inside the locomotive. It was also able to fetch the pre-fed GPS/GNSS coordinates of all the landmarks as identified by the user along with their short description & location.

The device is programmed in such a way that it continuously calculates the distance remaining to the next landmark(s) along the train route. The Fog Pass unit is capable of storing multiple route data in its memory.

●  The device is built on ARM Cortex™A9 processor to ensure       minimum power consumption.

● Displays pre-warning distance of the approaching              landmarks on the first (top) two lines of LCD in large fonts.

● It also displays a short description & the remaining               distance  of the next two landmarks in geographical order on the other two lines on the LCD screen.

●  It makes an audio announcement to help the pilot in getting the signal clues of the approaching landmark.

● The software enables the pilot to select among the loaded routes using the tactile keypad that comes with a menu, up-down, and enter buttons.

●It has an auto-route selection mode to choose the route based on the location & direction of the train’s movement automatically.

Earlier, the crew had to slow down, often to an extent of snail’s speed searching for signals in foggy scenarios. With the development of this device, train pilots are now able to know the location of the signals, level crossing gates, and other such approaching markers. Through FogPass, any approaching landmark will be announced by a voice-over before predetermined distance, which can be programmed by the user as per their requirement, and the first three pre-fed landmarks, in the order of arrival, will be shown at a time on the display, along with the distance to reach the respective landmarks.